Get our trains back on track

Poor and working class people suffer every day from a dysfunctional train system. Metrorail is in crisis and corrupt networks have stolen billions from PRASA. Join our campaign to #FixOurTrains!

Metrorail in the Western Cape and across the country is in a deep crisis. This crisis means that everyday hundreds of thousands of commuters:

The trains are also not safe. The desperation of getting on a train has led to people running across the tracks, hanging out of the doors and windows, between carriages or riding on the roof. Tragically, people have already lost their lives to this. People are also constantly being robbed, whilst some have even lost their lives. Women and children especially don’t feel safe, because of the delays and having to walk home in the dark.

Businesses also suffer from a loss of productivity, and because buses and taxis are overburdened, the traffic is worse for everyone.

We know that there is corruption at PRASA; that it was captured by local looters and big foreign capital. There are corrupt tenders currently being challenged in our courts including one for trains that didn’t fit our infrastructure. Billions of Rand has been stolen that could have been used to improve our rail system, yet the Hawks and the National Prosecution Authority have done nothing. We have to root out this corruption at PRASA and our institutions if we are to #FixOurTrains!

How can I get involved?

Please share your experience on our social platforms using:

Metrorail commuters are already communicating with each other over social media. Now they must meet and organise face to face! Join or start an action committee for your line or area. Contact us for more details on how to do so.

Show your support on the ground. Attend a protest action. Volunteer with fieldwork for our Social Audit of Metrorail.

We need all the help we can get. If you can’t make it to one of our rallies, or are unable to give of your time, please make a small donation. Every cent counts and with it we can make a real difference to our society.

PRASA is breaking it’s contract with us every day, when our trains are delayed and cancelled, we are forced to use expensive taxis and buses. Our jobs are on the line and our health suffers. We can’t afford why all these added costs and we don’t get what we pay for! Enough is enough and we say #DelayRepay. 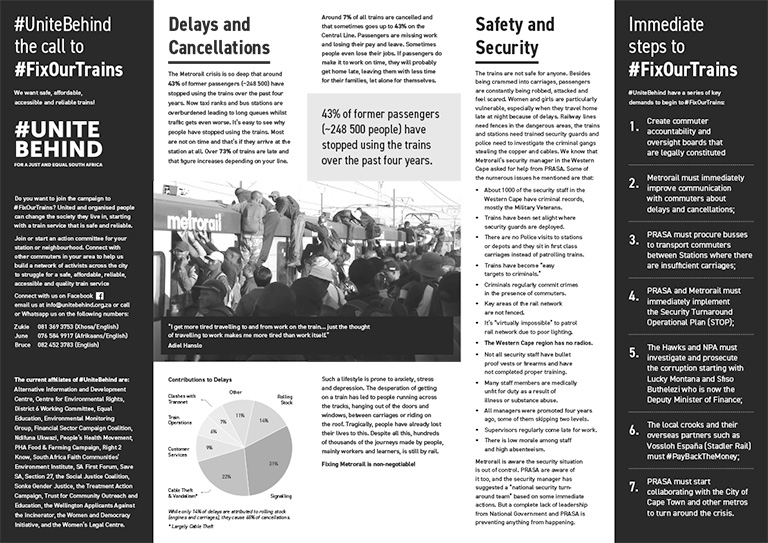 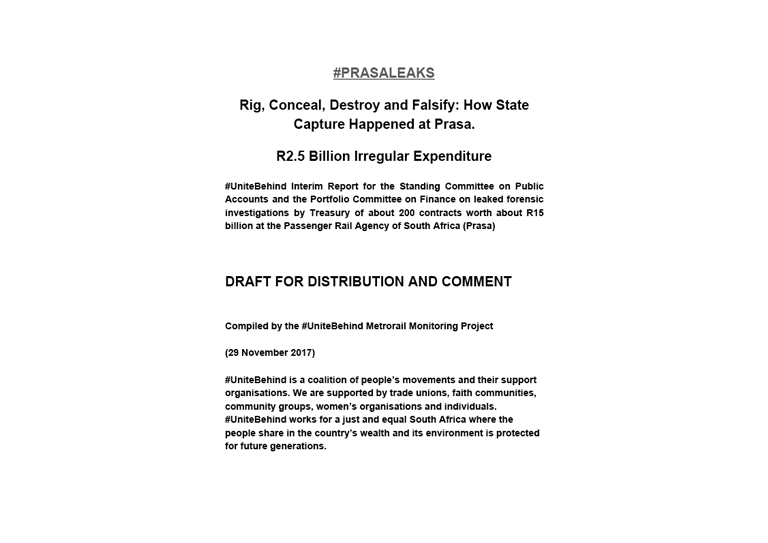 For any enquiries, please contact us on the details below: